Located 200 km off the north west African coast, (though a Spanish Autonomous region). Tenerife is the largest of the seven main Canary Islands. Known for its diversity, Tenerife is several worlds rolled into one. The sunny tourist orientated south of the island boasts the majority of the beaches and virtually continuous sunshine. Daily temperatures range from typically 24 C in the winter to 34 C in the height of the summer. 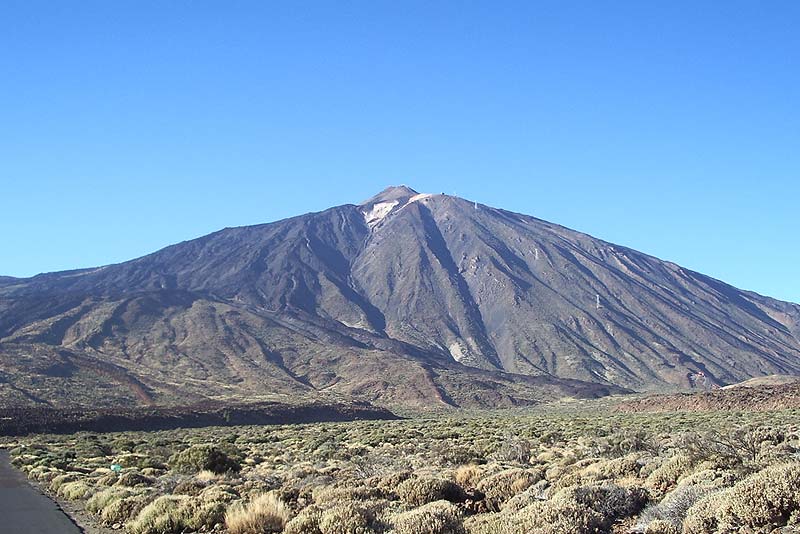 The north of the island gets slightly more rainfall and is consequently far greener and lush with vegetation and pine forests. A number of popular attractions are located in the north of the island including the Loro Park and Zoo of Puerto de La Cruz and the alleged 2000 year old "Dragon Tree" of Icod de Los Vinos. More of the typical Canarian lifestyle has remained in the northern villages and the beautiful Canarian architecture of La Laguna and La Orotava give a real flavour of Tenerife.

The most dramatic scenes on the island are in the mountains. Traveling up the slopes which are covered in Pine forests you rise to the crater of the long extinct and partially collapsed volcano forming the Las Cañadas Amphitheatre and National Park with its spectacular lunar landscape and the towering Mount Teide (3718m) rising from its heart. Dusted with snow in the winter Mount Teide is the highest peak in Spain, a cable car takes visitors to within 100m of the summit (weather permitting) and views of all seven Canary Islands can be enjoyed on a clear day from the top. Once you arrive and experience the pleasant all year warm, sunny climate (which is, not as severe as the Mediterranean) you'll realise why the Canaries are known as the fortunate islands.

You don't need to stay in a hotel in Los Cristianos; check our range of Tenerife holiday apartments at Paloma Beach Apartments.